Today, she continues to repeatedly lie to her constituents and label anyone willing to speak the truth as a racist or extremist. Enough is enough.

Today we say: NO MORE LIES. Deceptive and extremist politicians cannot be tolerated. We detest conspiracy theories and this website is focused entirely on UNDISPUTABLE PROOF… 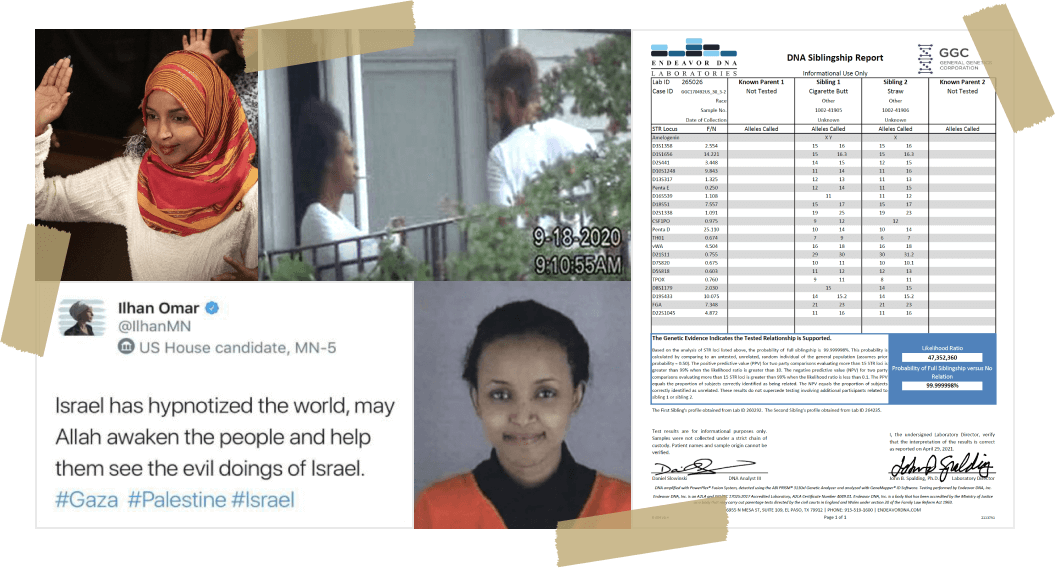 We’re even offering $1,000,000 USD if Ilhan will take a DNA test herself to prove the facts on this website are not 100% authentic. She can have the money herself, or give it to a charity, PAC, etc.

We’ll even throw in this Ferrari too! (Seriously). 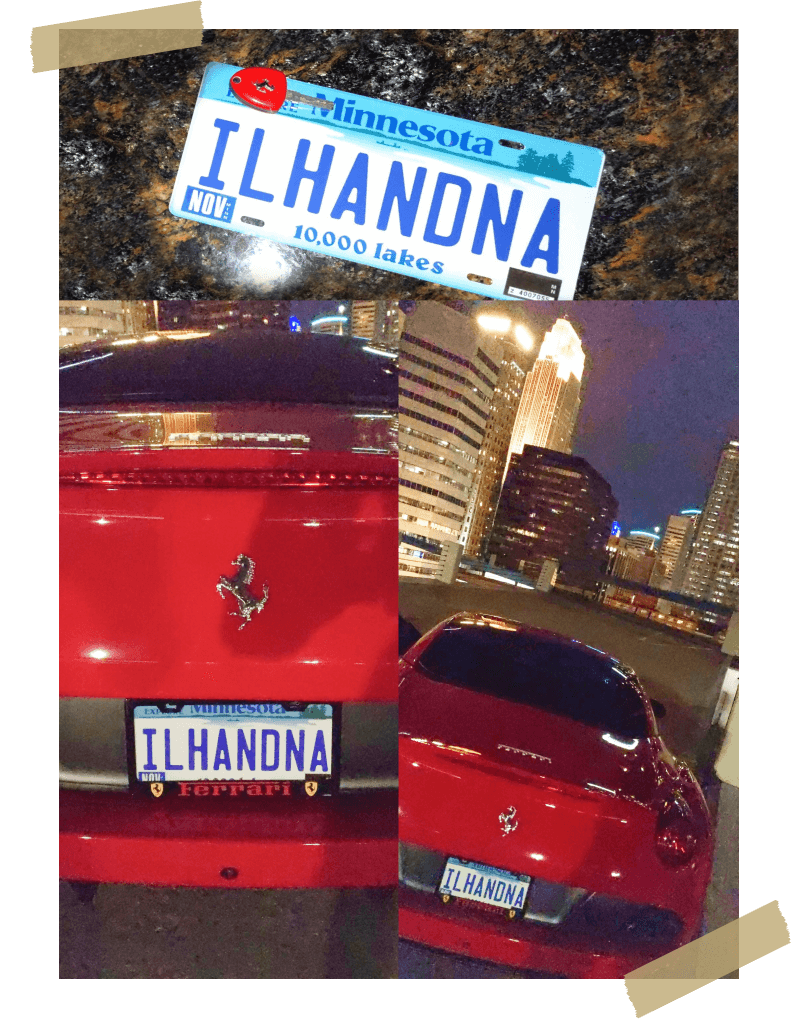 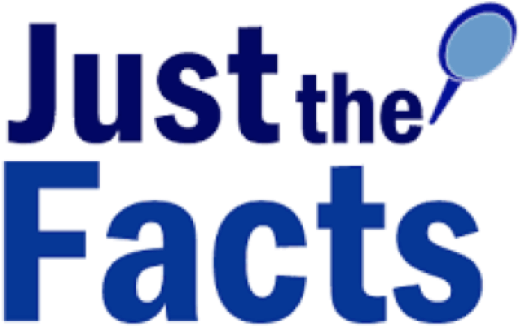 When sworn into public office in 2016, Rep. Ilhan Omar was married to an individual named Ahmed Nur Said Elmi. 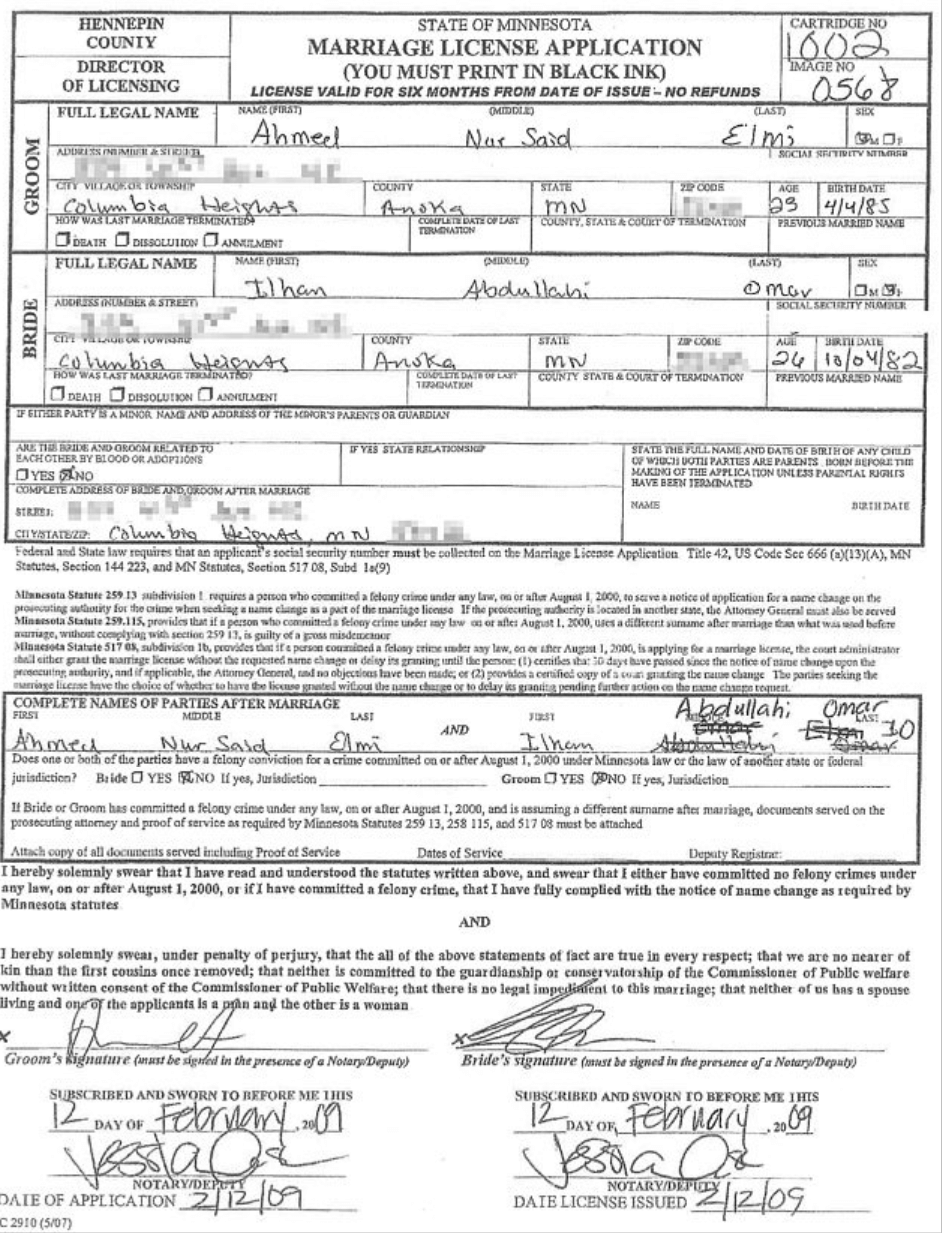 This marriage began in 2009, to Mr. Ahmed Nur Said Elmi, a British citizen. After marrying, they immediately moved to North Dakota and both enrolled at North Dakota State University. In 2011, Rep. Omar received her diploma and claimed she had separated with Mr. Elmi. During this time, she stated on multiple official filings that her current husband was Ahmed Hirsi. It was not until 2017 however, several years later after taking public office, did she officially file for divorce from Mr. Elmi.

From 2009 through at least 2017, Rep. Omar almost certainly committed Multiple State and Federal counts of immigration and marriage fraud, up to eight years of state and federal tax fraud, two years of federal student loan fraud, additional public assistance fraud and loan fraud, health insurance/health care fraud, at least eight counts of perjury (on court documents), and fraud/perjury on an unknown number of contract/form she signed under penalty of law on which she identified herself as married -- including forms she signed as a candidate for state office in 2016, and while serving as a state congresswoman from 2016 through 2018.

For the last five years (since being a public elected official), Rep. Omar has largely escaped this controversy by dismissing it as a “racist conspiracy theory”.

Below, you will find the confirmed facts from the Star Tribune in 2019, official documents, and NEW DNA EVIDENCE collected as part of a $200,000 investigation that spanned three continents. The facts are now 100% indisputable that Rep. Omar did in fact commit these crimes.

Investigative documents released by a state agency have given fresh life to lingering questions about the marital history of Rep. Ilhan Omar and whether she once married a man — possibly her own brother — to skirt immigration laws.

Omar has denied the allegations in the past, dismissing them as “baseless rumors”.

Read the complete article in the Star Tribune.

During this period, Rep. Omar released the following statement categorically denying the claims of her husband Mr. Elmi being her brother. She called it “absolutely false”, “absurd”, “offensive”, and “ridiculous” on multiple occasions. See her entire public statement below.

“A number of baseless rumors have been made recently about my personal life and family. I will say it again here: they are absolutely false and ridiculous. That said, I will offer clarity and share a difficult part of my personal history that I did not consider relevant in the context of a political campaign, so that we can put these rumors to rest and return to what really matters: how we join together to build a more prosperous and equitable district and state.

In 2002, when I was 19 years old, Ahmed Hirsi (whose name before he received citizenship was Ahmed Aden), the father of my children and love of my life, and I, applied for a marriage license, but we never finalized the application and thus were never legally married. In 2008, we decided to end our relationship in our faith tradition after reaching an impasse in our life together.

NOTE: We are unable to confirm if Ms. Brandl still represents Rep. Omar but can confirm she did originally retain this criminal lawyer for the matter.

This unequivocal denial of clear facts is perhaps Rep. Omar’s most brazen public betrayal. Below, you will find the most clear evidence ever presented that Ilhan Omar has repeatedly lied to her constituents and the entire world.

As part of our investigation, Rep. Ilhan Omar’s personal trash items containing saliva were legally obtained by Toltec Investigations (Lic. 45-3659615) outside her Washington, DC residence on numerous occasions to be tested by Endeavor DNA Laboratories (MoJ & ISO 17025 Accredited). Her former husband Mr. Elmi was located in Leicester, UK and a discarded items of his including cigarette butts were also obtained by our UK investigation team on multiple occasions.

After professional lab analysis of these samples, a full DNA profile was established after several collections of waste on public property including CocaCola cans, hair, and cigarette butts littered from her personal vehicle below while conducting surveillance operations over several months.

Below, you will find documented photographs of the surveillance, trash items, and the DNA Siblingship Report direct from the licensed laboratory conducting the comprehensive analysis.

The evidence is based on clear scientific analysis that is 99.999998% accurate per lab likelihood ratio stated below. 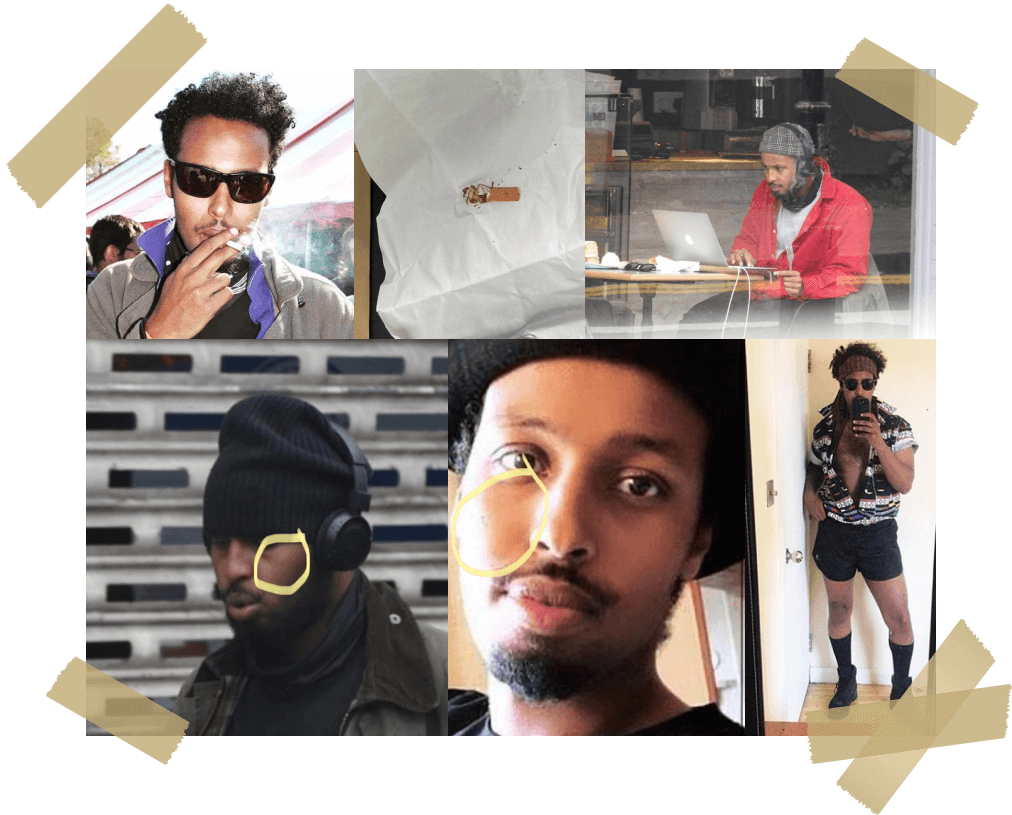 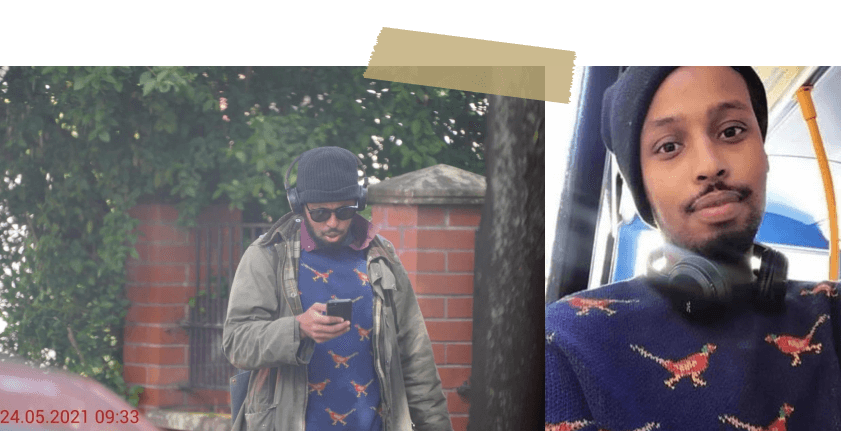 Rep. Omar is seen smoking a cigarette next to her current husband outside their Washington, DC residence. 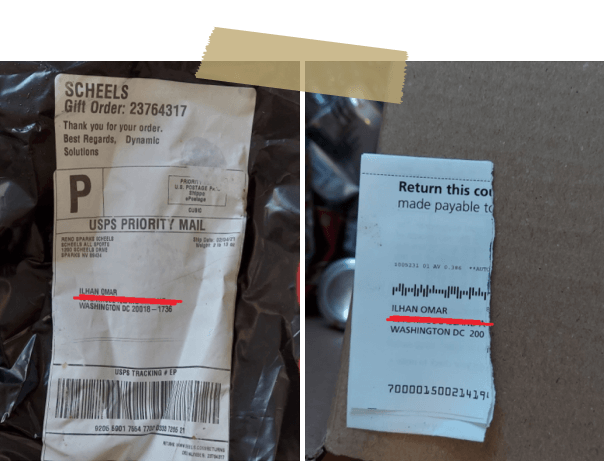 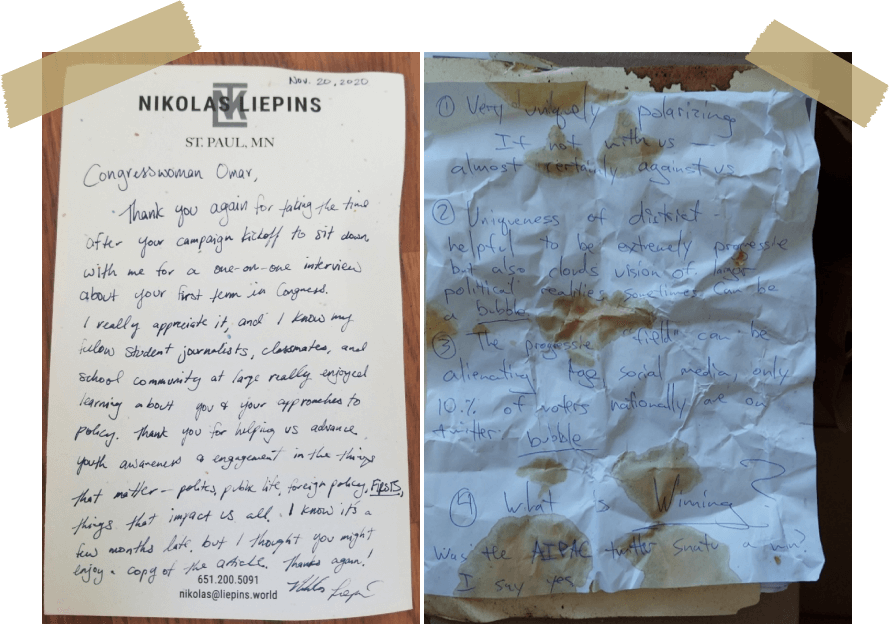 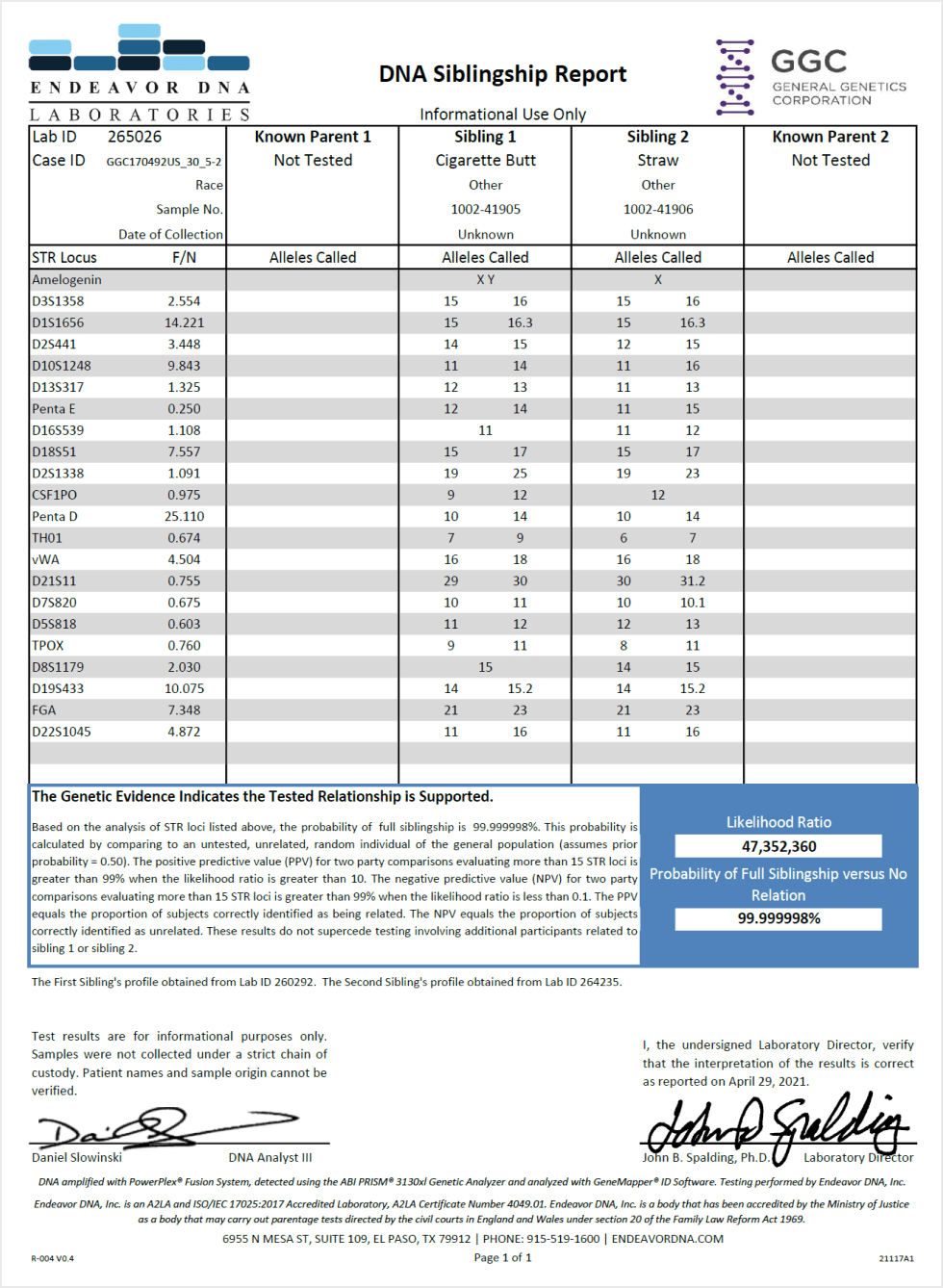 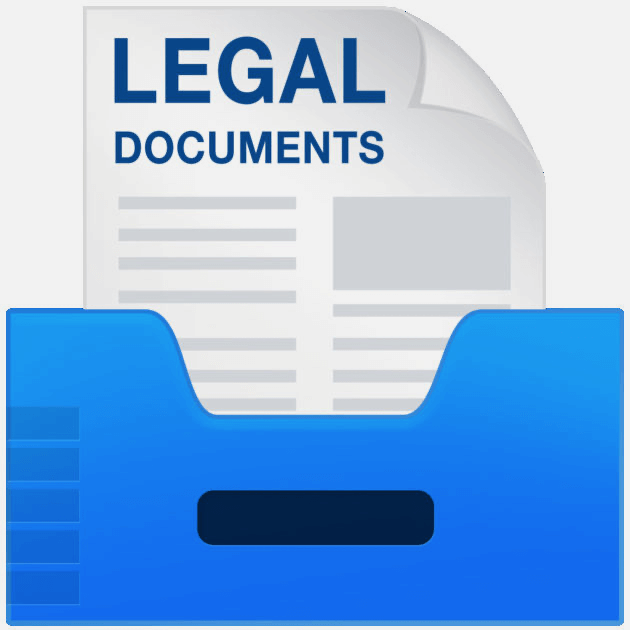 For an even more detailed summary of all the events surrounding this matter, please click here for a terrific article by David Steinberg who originally broke this story well over a year ago.

Click here for even more evidence documented by David Steinberg of Rep Omar attempting to cover up her tracks over recent years.

Click here for our full Legal Brief outlining this evidence as well as the new DNA evidence confirming everything.

Does Rep. Omar have any excuse for these crimes?

A sympathetic individual may attempt to suggest Rep. Omar committed these crimes as a desperate war refugee, immigrant, etc. That is simply incorrect.

Rep. Omar was a U.S. Citizen for a decade and her brother/ex-husband Mr. Elmi was a UK Citizen. This is purely a crime of convenience, by an individual with extremely poor ethics now representing hundreds of thousands of Minnesotans in Congress. There was absolutely no threat to these individuals causing them to commit multiple felonies while living in the two wealthiest countries in the world seeking reduced tuition at a public University. 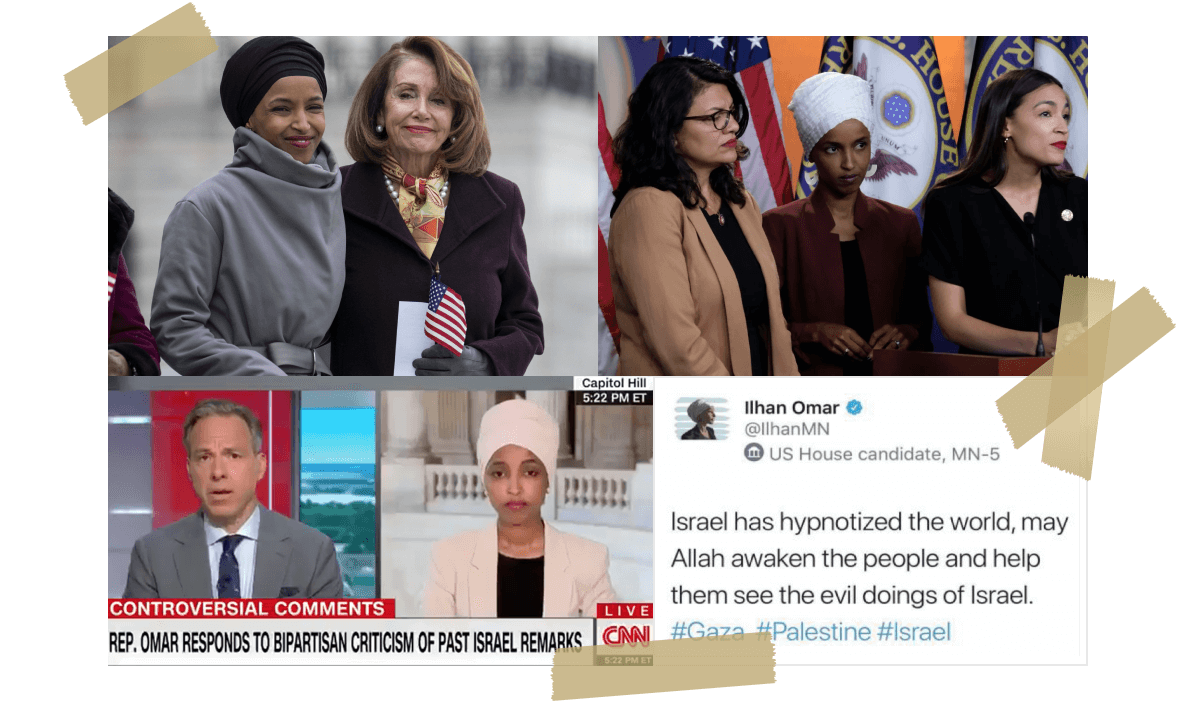 The USDOJ and Minnesota State Attorney office (ran by left-wing Democrat Keith Ellison) have chosen to entirely ignore all the blatant evidence. At this point, one can only assume there is a tremendous political bias preventing her from being charged. Below, you will find examples of countless Republicans charged Federally in recent years for lesser offenses.

Former United States Attorney for the District of Minnesota, Democrat Andrew Luger issued a letter fully exonerating Rep. Omar. It is almost unheard of for the DOJ to comment on a matter like this let alone issue a formal letter. Why did Mr. Luger choose to ignore blatant Federal crimes? Mr. Luger is now in private practice at Jones Day, one of the top law firms in Minneapolis where he collects some of the highest hourly rates in the city. His clients include the scandal-plagued NCAA (Big Ten Conference) and other high-profile entities.

But what’s most disturbing is the fact the Biden Administration is considering him for a re-appointment as the Minnesota US Attorney (per local news reports). 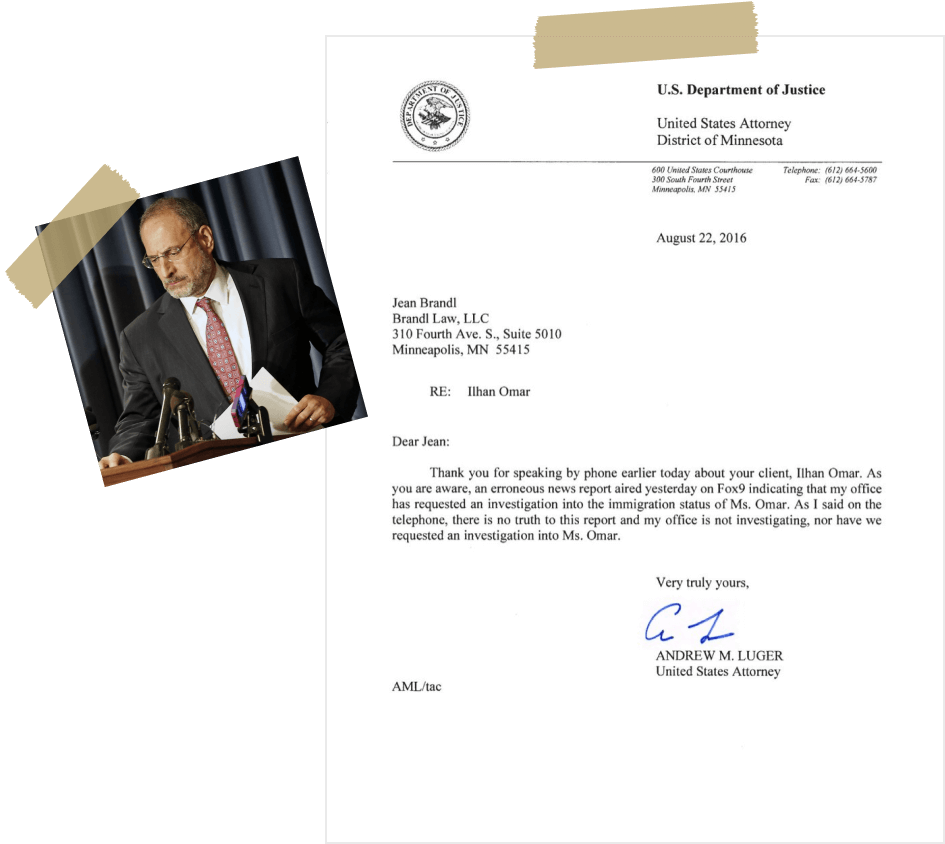 But what about the new DNA Evidence?

In recent months, we have repeatedly attempted to contact the US Attorney’s office in Downtown Minneapolis as well as the Twin Cities FBI Field Office. As you will hear in the audio recording below, their inaction is shocking and wreaks of deceit and misconduct at the highest levels.

Listen 🔊 to Special Agent Joy Hess ADMIT the FBI is indeed familiar with the fact Rep. Omar committed multiple felonies and has NO INTEREST in the case.

At first, she attempts to say there’s a Statute of Limitation, then claims the subject (her brother/ex-husband) has left the country, then says to contact the US Attorney’s Office. Special Agent Hess is a 13-year FBI Special Agent responsible for public corruption matters for the Twin Cities FBI Field Office, and the C3 Squad Supervisor. Her waffling excuses on this phone call are truly shocking and inexcusable to any American voter who values trust in these extremely powerful Federal agencies. 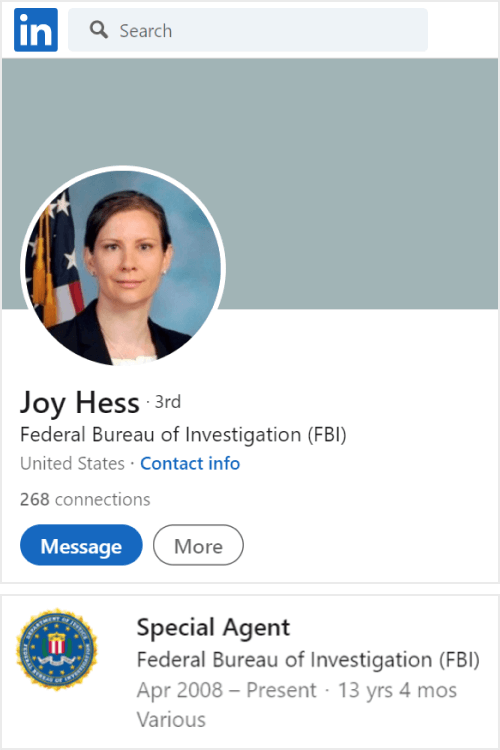 So what does the law really say? 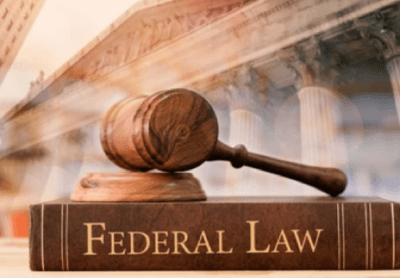 ”There is no statute of limitations for immigration offenses.”

Additionally, anyone with a basic understanding of the law would be aware that Rep. Omar has committed tax fraud and several other Federal and State crimes, as a result of the fraudulent marriage that lasted until only four years ago in 2017.

Why would an elite US Attorney or 13-year FBI Supervisor Special Agent pretend to not know basic Federal laws that can be researched on Google in seconds?

What do Americans do when their Government betrays their sacred oath to uphold the law with equality and justice for all? 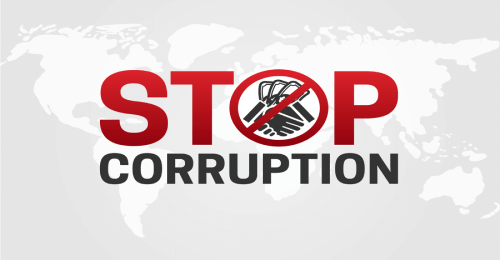 Why would Americans trust a politician this dishonest with matters so important? 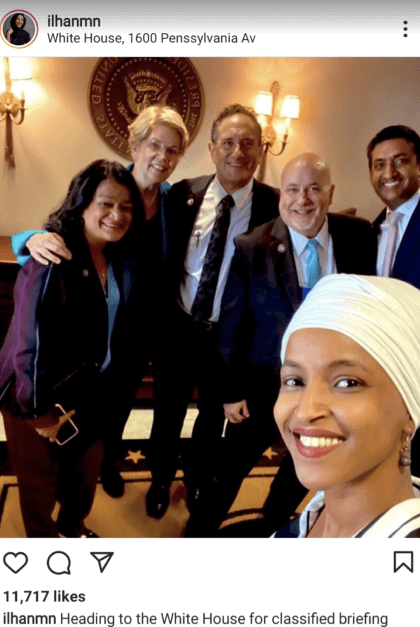 Several Republicans have recently been raided, charged, and humiliated by the USDOJ for mere allegations that are rarely pursued with Federal interest. There are countless examples of individuals being targeted by the USDOJ for their political affiliations for FAR more minimal (typically state misdemeanor or regulatory fine offenses).

Dinesh D’Souza was charged with a Federal felony over a Campaign Finance violation that would typically be a regulatory fine – not a serious Federal indictment.

‘FBI! Open the door!’: The tactics behind the armed agents at Roger Stone’s home

The Obama Administration was CAUGHT targeting Conservative groups and the agency was forced to publicly apologize – years later.

Rudy Giuliani had his NYC apartment raided and all computers/phones/hard drives seized. No charges have been filed.

Matt Gaetz Is Said to Face Justice Dept. Inquiry Over Sex With an Underage Girl

Roger Stone was indicted by the Feds for sending an aggressive text message and faced 5-10 YEARS in Federal Prison. Even as a senior citizen, he was aggressively raided at 6:30am by dozens of Federal agents with assault rifles. CNN was on-site at the raid, which is only possible with a DOJ leak.

‘FBI! Open the door!’: The tactics behind the armed agents at Roger Stone’s home

Hillary Clinton has NEVER faced any charges for knowingly storing classified documents on a personal email server. This is a blatant and extremely clear violation of law any career-politician would be 100% aware of.

Statement by (Fmr.) FBI Director James B. Comey on the Investigation of Secretary Hillary Clinton’s Use of a Personal E-Mail System

Left-wing extremists are bailed out of jail immediately for violent public demonstrations here in Minneapolis. Right-wing extremists are booked on Federal Felony charges with no bail and a lifetime of extremely serious consequences. This can even include elderly women arrested by heavily-armed Federal agents during pre-dawn raids with M16 assault rifles.

Minnesota nonprofit with $35M Bails out those Accused of Violent Crimes

Equality must be a part of Democracy.

Please consider donating to our PAC, our joint effort has spent over $200,000 on this global investigation. Our work is not yet completed. We must continue to ensure Rep. Ilhan Omar is expelled from the Democrat-majority Congress and treated the same as Republicans.

Thank you for your generous support!

Call Speaker Nancy Pelosi to demand Rep. Omar is expelled from Congress for her blatant deception to her constituents. 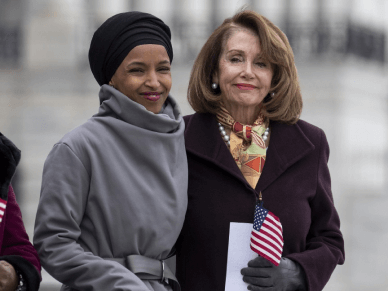 Call Rep. Ilhan Omar to demand her resignation from Congress.